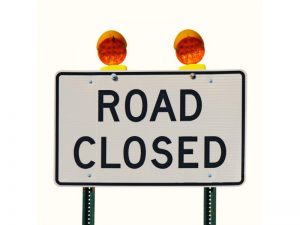 SANTA CRUZ, CA — Crowds of protesters have converged in downtown Santa Cruz Friday afternoon to march in protest against the inauguration of President Donald Trump, police officials said. Police have closed roads near the town clock and drivers are asked to avoid Water Street Between Cedar and Rivers streets.

Police said roads will open and close intermittently as the crowd moves throughout the afternoon.

Thousands of protesters have been marching in San Francisco and human chain was formed across the Golden Gate Bridge, from San Francisco to Marin County.

Early this morning, Caltrain experienced severe delays as activists blocked tracks at 16th and Mississippi streets, halting service. Protesters linked arms with PVC-pipe that has the word “RESIST” spray-painted on the pipes. Police initially allowed the protesters to remain on the tracks, but eleven people were ultimately arrested.